21 lottery winners who blew it all

Lottery winners who blew it all

The Powerball lottery, which will be drawn on Wednesday evening, has an estimated jackpot of $450 million.
It's a lot of money, but if you do the math, buying a ticket probably won't be worth it.
Even if it does pan out, winning the lottery will not solve all of life's problems.
In fact, many people's lives became notably worse after they got super rich, and they managed to lose it all quite quickly.
Mandi Woodruff and Michael B. Kelley contributed to this report.

Lara and Roger Griffiths bought their dream home ... and then life fell apart.
The Daily Mail
Before they won a $2.76 million lottery jackpot in 2005, Lara and Roger Griffiths hardly ever argued.
Then they won, and bought a million-dollar house and a Porsche.
But six years after their win, Roger drove away in the Porsche after Lara confronted him over emails suggesting he was interested in another woman.
Their 14-year marriage was over, a freak fire gutted their house, and every penny of their fortune was gone.

Bud Post lost $16.2 million within a nightmarish year — his own brother put out a hit on him.

Flickr / Alex
William "Bud" Post won $16.2 million in the Pennsylvania lottery in 1988 but was $1 million in debt within a year.
"I wish it never happened," Post said. "It was totally a nightmare."
A former girlfriend successfully sued him for a share of his winnings and his brother was arrested for hiring a hit man to kill him in the hopes he'd inherit a share of the winnings.
After sinking money into various family businesses, Post sank into debt and spent time in jail for firing a gun over the head of a bill collector.
Bud now lives quietly on $450 a month and food stamps.

Martyn and Kay Tott won a $5 million jackpot, but lost the ticket.

REUTERS/Mike Segar
Martyn Tott, 33, and his 24-year-old wife from the UK missed out on a $5 million lottery fortune after losing their ticket.
They were able to convince officials, but since there is a 30-day time limit on reporting lost tickets, the jackpot became the the largest unclaimed amount since the lottery began in 1994.
"Thinking you're going to have all that money is really liberating. Having it taken away has the opposite effect," Kay Tott told The Daily Mail. "It drains the life from you and puts a terrible strain on your marriage. It was the cruelest torture imaginable."

Sharon Tirabassi is back in the working class after winning $10 million 11 years ago.

IBN/screenshot
In 2004, Sharon Tirabassi, a single mother who had been on welfare, cashed a check from the Ontario Lottery and Gaming Corp. for $10,569,00.10 (Canadian).
She subsequently spent her winnings on a "big house, fancy cars, designer clothes, lavish parties, exotic trips, handouts to family, loans to friends" and in less than a decade she's back "riding the bus, working part-time, and living in a rented house."
Luckily Tirabassi put some of her windfall in trusts for her six children, who can claim the money when they turn 26.

Evelyn Adams gambled it all away in Atlantic City.

Flickr / Jamie McCaffrey
Against all odds, in the mid-1980s, Adams won the lottery twice, once in 1985 and again in 1986.
The New Jersey native won a cool $5.4 million, but AskMen.com reportsshe gambled it away at Atlantic City.
Today she resides in a trailer park.

Flickr/Steve Snodgrass
A former Waffle House waitress named Tonda Lynn Dickerson got served a big plate of karma when she refused to split her winnings with ex-colleagues and was forced to pay the tax man $1,119,347.90.
How did it happen? Dickerson placed her winnings in a corporation and granted her family 51 percent of the stock — qualifying her for the tax.

Radyukov Dima / Shutterstock.com
In 1998, Gerald Muswagon won the $10 million Super 7 jackpot in Canada.
But he blew it all on drinking and partying in only seven years.
Filled with remorse, Muswagon hanged himself in his parents' garage in 2005.

Thanks to the UK Business Insider for this great article you can read the complete article by clicking on the link below.


PS: Are you looking to start you own online business then click here: 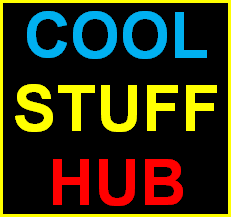