These are the 19 happiest cities in Europe, according to the people who live there

19 happiest cities in Europe, according to the people who live there 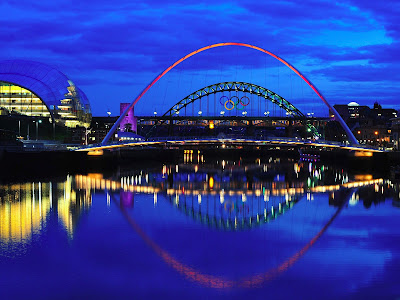 In January, the European Commission dropped its yearly Flash Eurobarometer of quality of life in European cities, a huge survey of how happy people in hundreds of cities across Europe are.
The survey asks people to rank their satisfaction with everything from the sports facilities available in their area to how good the public transport system is.
We took the European Commission's data and chose those cities where the highest percentage of citizens said they were "very satisfied with the life they lead" and ranked them. In other words, we found out where in Europe people are happiest with their lives.
You might think that Europe's biggest, most vibrant metropolises like Paris, Rome, and London are where people enjoy life most, but in general it's actually smaller, less busy cities, where people are at their happiest.
Check out the list below.

View As: One Page Slides

19. Essen — 51% very satisfied, 42% satisfied. Citizens of the northwestern city, the ninth largest in Germany, are some of the most satisfied in Europe. Famous sites in the city include the botanical garden, and a huge outdoor pool, used during Germany's surprisingly hot summers.

Reuters/Ina Fassbender
People cool off from the heat at 'Grugabad' open-air swimming pool on a hot summer day in Essen, Germany, June 30, 2015

17. Amsterdam — 52% very satisfied, 41% satisfied. One of just a handful of capital cities on this list, Amsterdam is known for its beautiful canals, museums, and the fact that everyone rides a bike. Maybe that's why they're all so happy.

16. Stockholm — 52% very satisfied, 43% satisfied. Stockholmers take the award for the second happiest in Sweden, with only 3% of people saying they're dissatisfied with their lives.

15. Antwerp — 52% very satisfied, 45% satisfied. Antwerp is the biggest city in the Flanders region of Belgium, home to 500,000 people. More than 250,000 of those people said they were "very satisfied" with their lives, making it the happiest city in Belgium.

Getty/Bryn Lennon
The peloton ride during the 103rd edition of the Scheldeprijs Cycle Race, a 200km race from Antwerp to Schoten on April 8, 2015 in Antwerp, Belgium.

14. Groningen — 53% very satisfied, 38% satisfied. You'd be forgiven for never having heard of Groningen, a Dutch city home to just under 200,000 people, but people living in the city are pretty happy with their lot. Only one Dutch city scored higher.

Getty/Michel Porro
King Willem-Alexander and Queen Maxima of The Netherlands look at small motor bikes during their one day visit to Groningen and Drenthe provinces on May 28, 2013 in Assen, Netherlands.

13. Cardiff — 53% very satisfied, 40% satisfied. The Welsh capital has undergone a major regeneration in the past couple of decades, and that's paid dividends. 93% of all Cardiff's citizens are satisfied with their lives.

12. Rotterdam — 55% very satisfied, 38% satisfied. Rotterdam is probably best known as one of the world's largest and busiest ports, but all that shipping seems to make citizens really happy. In fact, nowhere in the Netherlands scored higher.

Thanks to the UK Business Insider for this great article please click on the link below to read the complete article.

PS: Are you looking for an online business then click here